The very first franchise that comes to mind when discussing Japanese Role-Playing games (JRPGs) is Final Fantasy.  Final Fantasy gets all the accolades when pondering the reach of the genre and coincidentally, an equal amount of blame for its stagnation.  This is the third final fantasy game I’ve played and the first I’ve completed so, it is with much trepidation that I present you this bias-free review Final Fantasy XIII. 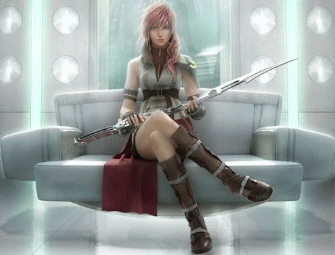 The focal character in this game is Lighting, the pretty lady on the box.  She is a member of the Guardian Corp, a military group tasked with keeping the peace.  You find that she, along with a naive man named Snow, is looking for her sister Serah.  The entire story is encapsulated in a religious/societal mishmash involving LaCie, Falcie, and everyone else.  As quint-essential Tarantino films mature, Motomu Toriyama starts toward the end of the story and fills the plot in as you go.  It’s an eclectic reveal mechanic that keeps you interested.

Your party in the game constantly evolves.  This occurs because the party members branch off at various points in the story.  Square wants the player to develop a relationship with the characters as we direct them through their moments of weakness and self-discovery.  While this is a novel approach, my ability to connect to a character or group of characters was dramatically hampered. 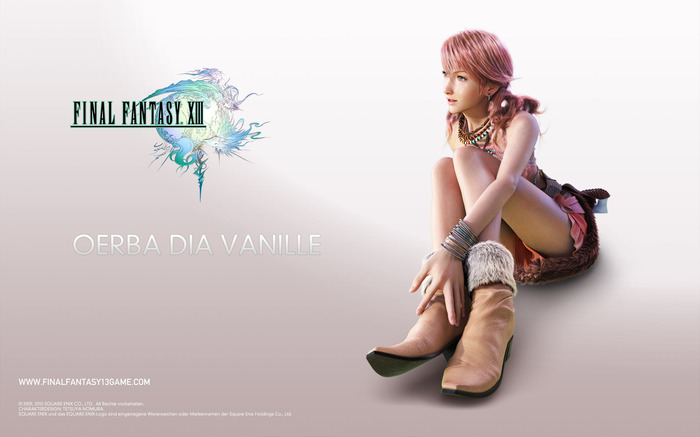 This is why I hated some, if not most, of the characters.  Oerba Di Vanille tops the list.  She uncharacteristically provides insight, narration, and advice to the younger Hope, who is woefully underdeveloped.  Sazh, an African American with a baby chocobo living in his hair, is a stereotypical aberration of the Japanese view of African Americans.  Snow encapsulates naive American machismo and comes off as being a shallow “hero”.  I just want one Japanese developer to make characters they know about.  Don’t make Americanized, Canadian, Mexican, or French protagonists, just give us the heroes you know.

So, what pushes a gamer forward you ask? The entire 20-hour tutorial keeps you pressing forward.  Square did a great job doling out role responsibilities, paradigm control, and crystarium enhancements.  As you kill an ever-increasing numbers of enemies, you level up the base stats and abilities of your characters within the Crystarium.

Similar to Dragon Age 2, each role has a skill tree that offers various leveling paths.  Ultimately, the tree’s upper limit can be reached with effective grinding.  Each character begins with a set of pre-determined roles.  Ravagers & Commando deal elemental and physical damage while Saboteurs, Synergists and Medics expertly play the support roles.  With three characters to a party and six selectable paradigms per party, the number of paradigm constructs are impressive. 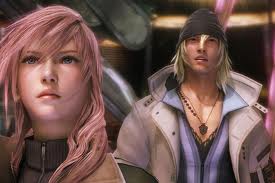 The presentation in this game is beyond beautiful.  The game utilizes the Square Enix’s Crystal Tools engine. Graphically, this is the best looking game on any platform.  The in-game cutscenes dwarf any console game (I’m looking at you Uncharted 2) all while exhibiting Square-Enix’s superiority with CGI.  The color palette is vibrant yet soft.  Detail not imagined in any Unreal Engine game permeates every part of the characters designed by Tetsuya Nomura in FFXIII.  I dare anyone to find a texture out of place or lacking in any way.  The consistent delivery makes this the best looking console game to date.

After investing 91 hours on the PS3 and 6 hours on the Xbox 360, I confidently confess that the PlayStation 3 version is visually superior.  Full-motion video sequences are crisp and vast backgrounds are texturally stunning on the PS3.  Functionally, the Xbox 360 is superior.  Load and save times and menu navigating are noticably quicker on the the Xbox 360.  Even installed, some distant texture pop-in occurred. If you are blessed with the opportunity to choose platforms, the PS3 version impresses more.

The game’s music is very spirited.  The music crests and decrescendo’s in an expected and appropriate manner.  The orchestral arrangement gives the music director the flexibility to emote everything from simple bliss to complex anticipation.  The soundtrack is memorable and if you’re into game soundtracks, this is one to pick up. 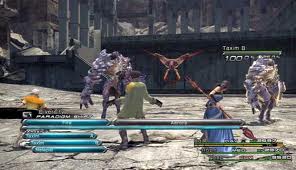 In any game, role-playing or not, combat is a fundamental part of the experience.  It is my pleasure to report Final Fantasy XIII has great combat. A hybrid in nature, the combat features a real-time recharging fight system paired with turn-based combat that requires more strategy than button mashing.  After a player strikes an enemy, the action gauge will refill.  The action gauge is broken into pieces and they charge one piece at a time.  Weaker moves require fewer action gauge points while devastating moves require more action gauges.  Enemies have attack patterns that don’t appear to follow the same charging rules so balancing between charging and attacking provides an unique strategic challenge.  But that’s not all, the enemies are deceptively complex.

The lead combat producer, Yosuke Matsui, requires the player to determine an enemy’s strategy on the fly and adjust accordingly.  So, if an enemy attacks fast and furiously, the player must adjust paradigms to either buff their party’s speed, attack, and defense, debuff the enemy’s speed and power, or both.  This higher level of gamer autonomy, combined with the paradigm system, formulates a level of challenge that dwarfs anything seen in the JRPG genre in quite some time.

Once you’ve acquired the optimal role combination, your ability to stagger enemies greatly increases.  Staggering enemies significantly lowers defenses and places enemies in an extremely vulnerable state.  Some enemies lose armor while others release devastating attacks out of desperation.  Your party inflicts the majority of its damage here.  While other games have used the stagger concept, none have made it so central to combat.

Despite it’s movements forward, Final Fantasy XIII still manages to pull too much from the past.  Why must save points be pre-determined? In my busy life, the few minutes I have to play a game should allow me to save my progress, however miniscule it may be.  No adult has the free time to devote a block of time to gaming.  The average 30-year old gamer plays in spurts and as time allows. Developers please adjust accordingly.

Because gamers have matured, please make mature characters. While each character has his or her own motives, only one of them approaches a mature storyline.  This is where JRPGs fall behind Western RPGs in terms of immersion and story.  Gamers want characters we can relate to and project ourselves upon.  I can’t do that with a character I feel is immature, misrepresented or down-right unnecessary. 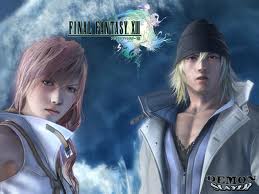 I went into Final Fantasy XIII expecting disappointment.  All the hype surrounding FFXIII established a level of expectation far above what any game could achieve.  But, I was pleasantly surprised in what this game had to offer.  The judicious pacing in what some may call a 20-hr tutorial fit me just fine. The tenuous grinding during the more open areas of the game were not paced well and made me resent the game for about 20 hours.

JRGPs, and the Final Fantasy series in particular, earned the stagnant allegations levied at it this generation.  Final Fantasy XIII is hindered by some of the genre’s tropes; poor characterization, excessive grinding, and dedicated save points.  However, FF XIII does enough new and well that these issues fade into the beautifully-rendered background.  Final Fantasy XIII will not alter the opinion of those who shout that the JRPG is dead but, it will provide a nice launching pad for JRPG developers to use as a base concept.  Final Fantasy XIII deserves your time and attention.